Markdown Mode for Emacs version 2.2 was released on May 26, 2017. This is a major new stable release and all users are encouraged to upgrade. The many new features and bug fixes included are described below. See the Git repository or the commit-specific links below for a detailed history of changes. Thanks to everyone who submitted bug reports, feature suggestions, and especially patches. 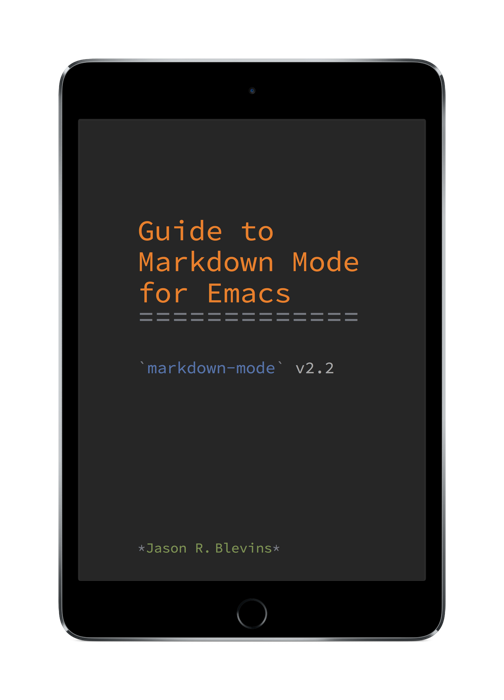 Additionally, to celebrate Markdown Mode’s 10th birthday I am writing a Guide to Markdown Mode for Emacs. This ebook will supplement the existing documentation with in-depth discussion of advanced movement and editing commands, configuration examples, tips and tricks, and a survey of other packages that work with Markdown Mode. It will be published at Leanpub and possibly available through other channels. Please visit the book homepage to sign up to be notified when it is ready and to help determine the price.